Virtual book launch with special guests March 26th 8pm GMT.
Info/pre-orders.
Join Ruairí on Thursday, March 26th at 8pm for the virtual livestream launch of his book Hitching for Hope - a Journey into the Heart and Soul of Ireland. Ruairí will be joined by a range of special guests including senators Lynn Ruane and Frances Black, and renowned violinist Colm Mac Con Iomaire for what will be a special community gathering of conversation, inspiration and music. 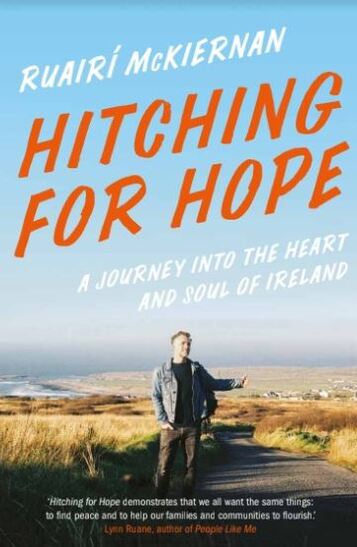 ​Ruairí McKiernan is an award-winning social innovator, campaigner, writer and speaker. He is the European Director of Narrative 4, a global non-profit that promotes empathy, wellbeing and active citizenship among young people and across wider society. In 2012, Ruairí was appointed to the Council of State by President of Ireland Michael D Higgins, where he served a 7-year term. He is a Fulbright scholar, the founder of the pioneering SpunOut.ie youth organisation, a founding member of the the Uplift campaigning organisation, and part of the founding team behind Gaelic Voices For Change. Ruairí is also the host of the chart-topping Love and Courage podcast a regular contributor to the media on social justice, youth and community issues, civic leadership and wellbeing. His new book Hitching for Hope - a Journey into the Heart and Soul of Ireland will be published internationally by Chelsea Green in March 2020.

You have successfully joined the subscriber list. Please consider checking out my latest Love and Courage podcast episode and connecting via social media links below.